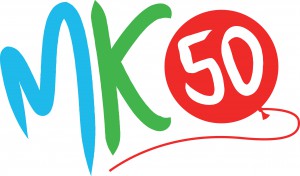 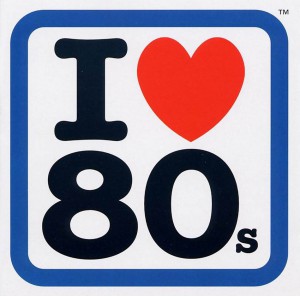 The 1980’s saw great socioeconomic change due to massive advances in technology……..and for those of us of a certain age it produced some fantastic music too (Although some may debate that!)

1980
The Nipponzan-Myohoji monks and nuns establish the first Peace Pagoda in the Western World, above North Willen Lake.

1981
The Central Library & Art Gallery opens and remains as such until MK Gallery is built in 1999. Homeworld exhibition opens in Bradwell Common.

1984
Living Archive established in Wolverton one of the most successful living history archives. Campbell Park opened and later transferred to the MK Parks Trust and became a hub for outdoor arts, events and public art. MK Hospital Opened after a campaign started in the 70’s titled “Milton Keynes is Dying for a Hospital”.

1985
The Point (the first multiplex cinema in the UK) open for business, it remained as a cinema until 2015.

1986
Energy World Housing Exhibition at Shenley Lodge opened – the culmination of many years collaboration with the Open University on a number of energy efficient housing projects across the city. Work continued afterwards developing the ‘Milton Keynes Energy Cost Index’ which later became the ‘National Home Energy Rating’ and this work formed the basis of the calculations behind the Energy Performance Certificate required when anyone sells a home in England. Also in 1986 the MK Community Foundation was founded – one of the first Community Foundation’s in the UK, developing philanthropy to provide financial support to help develop the voluntary sector, and unique in being endowed with property. 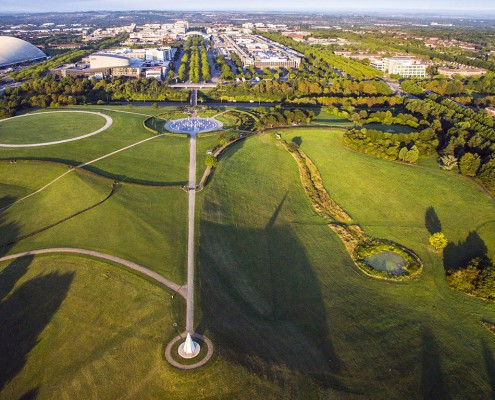 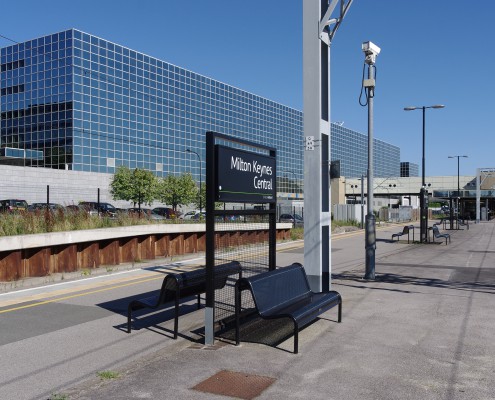 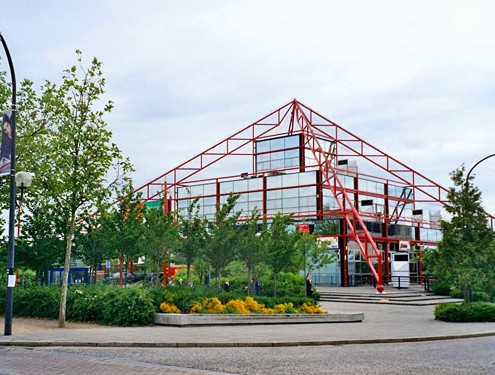 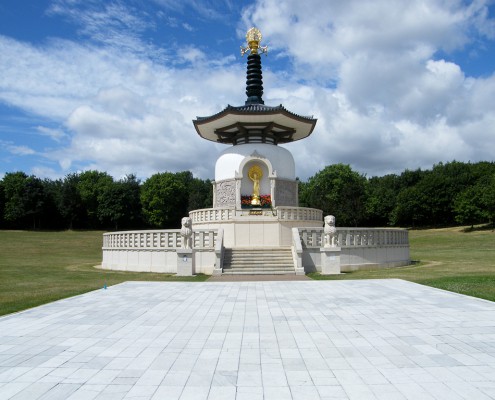 Our 1980′s Run will visit some of the iconic development from the decade. The route is just over 5.5 miles in total and will visit (among other things):

Starting at Furzton Lake the route heads East past the MK Bowl which hosted an unbelievable line up of artists in the decade including
1980 The Police, UB40 & Squeeze
1982 Queen & Genesis
1983 David Bowie
1986 Simple Minds
1988 Michael Jackson
1989 Bon Jovi

The route then turns towards town along V7 before reaching The Point which was Eurpoe’s first multi-plex cinema before reaching Milton Keynes Central Station which saw its first train in 1983.

There is plenty of parking at Furzton Lake with the meeting point outside the Premier Inn at – Shirwell Crescent, Furzton Lake, Milton Keynes MK4 1GA 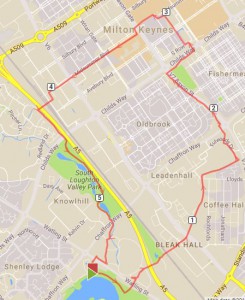