It is Happy New Year and 8th birthday of Redway Runners.

Last year has been another great year with the club and we finished the year with 2,367 members a pretty amazing achievement, for those that have long memories we worried about getting 10 to start the club and now…

Anyway 2018 was another great year for the club and we again achieved so much we:

We hosted a series of events including Beat the Barge, Furzton Relay, Redway Runners Festival of Running and new events with the Farm Run, Santa Saunter, Virtual challenger and the Old Money run

We turned out in force for the events in Milton Keynes and beyond with club trips as far afield as Riga in Latvia and Lisbon in Portugal and many other races had visits from Redway Runners.

Our courses have really been popular, many of our members started in our beginners’ groups, now we have the Need for Speed, Zero to Hero and Move on Up courses as well.

We have done well with awards as well, with the MK Hospital community award, highly commended in the Women’s running reader awards and we won local sports team at MK Inspiration awards

Anyway, none of this could be done without so many people who help in the club, from the committee members, the run leads, event committees and those who help in anyway with activities we do, without them the club would not be probably the worlds biggest and best running club

So, what does 2019 hold, never really too sure and that is part of the fun of enjoying the journey, we do have some plans, in January we start our new beginners’ groups, we have the second club running Expo, next cross-country match and our new return to running course, to name a few and lots more to come and developing nicely, our 2019 club trips are to Cyprus and Tallinn in Estonia.

But most of all we will focus on keeping the club fun, social, value for money and for the benefit of the runners.
So, thank you for running with Redway Runners. 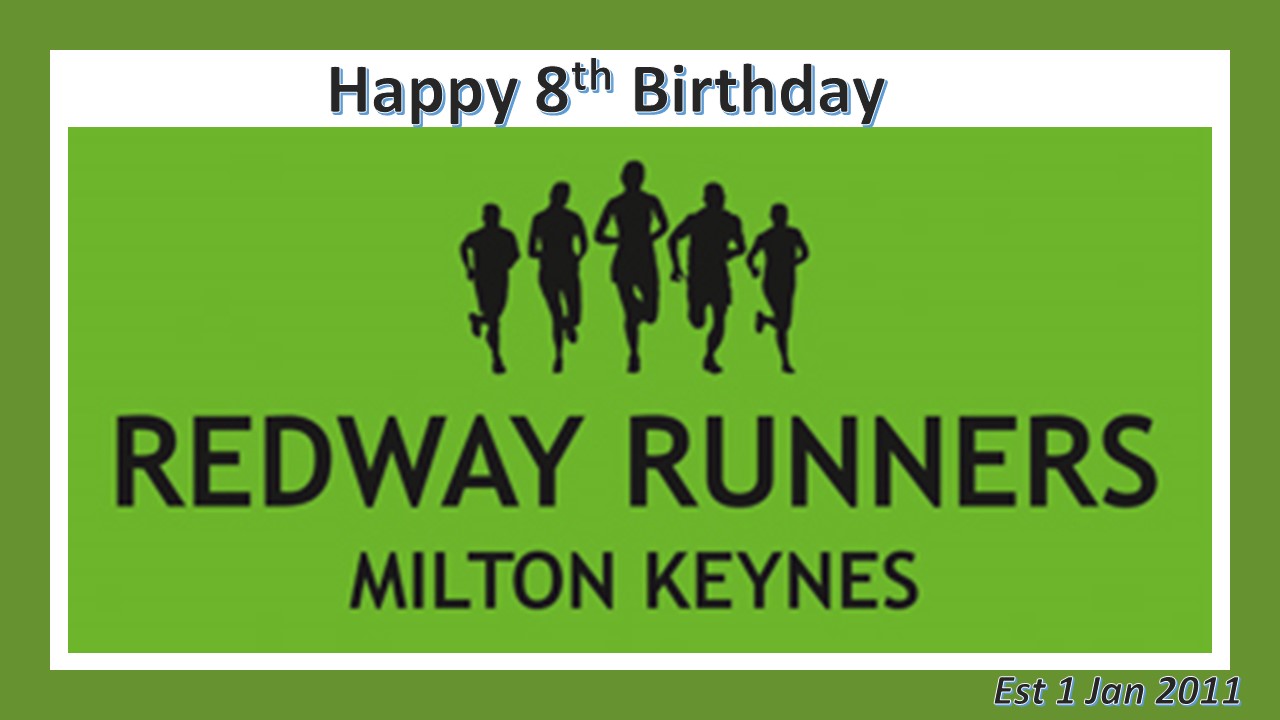