On Sunday, 27 September,  Stephen Scott, Simon Richards and Ian Stevens went along on behalf of Redway Runners as we had been nominated as club of the year for the East of England – Stephen Scott said: 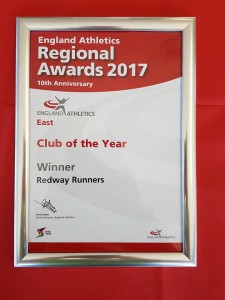 Having been nominated, we’ve only gone and won the “Club of the Year” at the England Athletics Regional Awards at Bedford International Athletics Stadium today. We are now automatically entered into the national at awards later in the year.

It was a huge honour for me, Simon Richards and Ian Stevens, who nominated the club, to receive the award on behalf of Redway Runners in front of several hundred spectators.

All this would not be possible if not for all those who work hard behind the scenes but mostly due to the tireless work and enthusiasm of our leader, Martin Lawrence.

Many congratulations Martin. This award is for you.

Martin added really pleased the club has won this award from England Athletics, it is all down to the hard work of a lot of people that make the club what it is and all those that come along and run and understand our desire for a fun and social running club 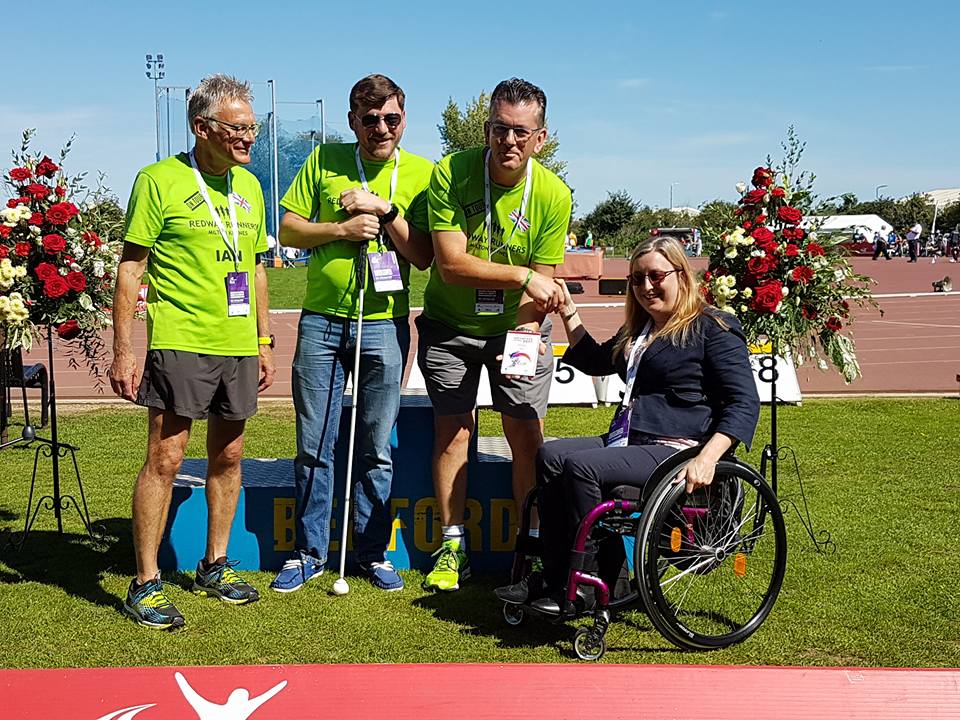