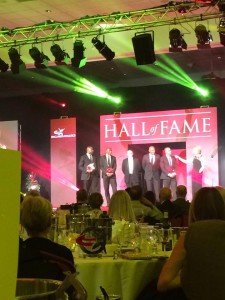 This is what Sophie had to say about the night:

On Saturday 14 October Carol and I had the immense privilege to represent the Redway Runners at the England Athletics Awards and Hall of Fame event. We had been shortlisted for Club of the Year.

The honour was huge and even though we didn’t win, to get runner up was a massive achievement for all involved. Throughout the evening we were able to talk to a wide variety of people, all who were from different clubs and sporting associations, and one who was the daughter of a hall of fame inductee, about who we were and what our club did.

What seemed to impress people the most was the sheer amount of members and variety we had within our club. It was great to be able to point people in the direction of our Facebook page and website so they They couldn’t believe how much we offered to our runners and the praise and compliments that followed were overwhelming – it really did show us that our club is something truly special.

Carol added ‘It was also inspirational to share the room with Olympic royalty seeing the Athens 4x100m gold medal winning team. The whole evening did, as Sophie said, make us very proud of what you have achieved with the club Martin.‘

You can read more at: 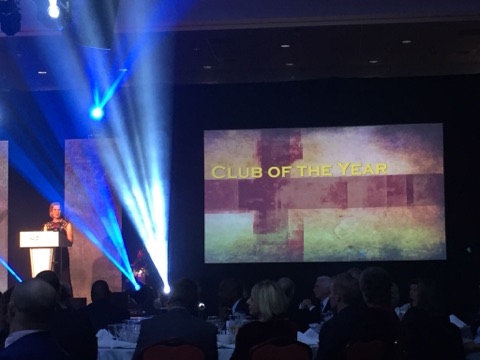