We have a race report from Neville Rowles from the South East of England Cross Country relays. Redway Runners didn’t win it but we got there and did well and were the first team from Bucks!! 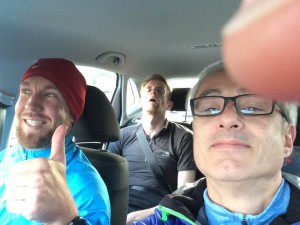 A brave band of merry men and women met at the Ship Ashore in WIllen to prepare to embrace hurricane Brian in full force for the Southern Area cross country relays. A trip down to the smoke ensued with a visit to the Linford Christie Stadium and Wormwood scrubs!! Thankfully most attendees had a clear record and the only ‘time’ they would be doing would be the race around the field taking on the ups,downs and mud familiar to those who undertake the lovely art of cross country !!

We registered and collected our numbers and grabbed a map to take a gentle jog around the course. It soon became clear that this was a course with a difference as it was lacking the usual hills and undulations and had plenty of flat and fast bits but had the usual mud!! The ladies had 3 x 3km and the men had 4 x 5k, with pretty much all of the team members being Marathon or Ultra Marathon competitors , the short distances would be barely a warm up but would certainly shake a few cobwebs from the legs !!. The course started with a gentle uphill directly into the wind before launching left towards the prison and skirting the walls, we then sought shelter from the wind in the trees and passed a beautiful crescent of housing before coming across a muddy and slippery trail on the edge of an industrial estate. At this point the men were sent off in search of more wind and heathland to round some trees and a rugby pitch and battle with the elements on the return journey. The course then re-joined the ladies route and a gentle and relaxing amble through the woods ensued where shelter was provided and footing was secure, before we knew it we were out of the woods and running in gaps between the trees and in the full force of Brian before a sharp right took us slightly uphill and into the full force of the wind to the handover area.

The ladies teams warmed up and went to the start line with Captain Coops and Jen Sangster leading the two teams off for their 3k sprint. Both runners did a stunning job with Jen handing over to Julie Martin and Captain Coops to Jenny Dowling, returning runners looking exhausted but outgoing runners looking nervous, the wind continued to blow but the sun shone and it wasn’t long before the second leg runners returned sending Sarah Jane Bird out for team one and Jenny Moorhouse out for team two.

Whilst this was all happening, the lead runners for the men gathered in the pen, Nev and Aidy were somewhat nervous as, just like the ladies, we were probably 20 years older than the average age !! Before we knew it we were called to the line and the gun sounded and off we trotted, like a fool, I went off like a bullet trying to ‘keep up with the faster boys’… shortly after Aidy passed me with the encouraging words of ‘you’re second from last’ !! There was life in the old dog and the stubborn git tried to hang onto Aidys coat tails for all of 50 meters before realising that it wasn’t going to happen today!! Aidy handed over to the competent hands of JD and I crawled into the finish area desperately passing the baton to Martyn Douglas. JD held his own and Martyn managed to right some of my early pacing errors and gained us a place or two before they launched Simon and Denis respectively into the force of Brian, both runners competed exceptionally well and held their positions and by now, just like the ladies race, the field was somewhat spread out before the final runners set off, for team one, Dan Hippey took the lead and sped off into the bleak landscape and before we knew it , grumpy Al was sent to do his bit. All runners returned unharmed and uninjured except for Simon who still had a hangover from the beer festival the night before!!

The strategic parking at the ship ashore allowed for some post event review and the great news is that 1. We were there and we completed it. 2. The opposition were all very serious and very young 3. The national champs were actually easier as there was a more varied age group and less of the ‘bigger boys and girls’ 3. We had a fantastic time competing at a very high level and did the club proud 4. We were the only team from Buckinghamshire who actually turned up and can therefore declare that we are the Bucks winners !! 5. We had team members who had never competed at this type of event and they were absolutely buzzing and loved it.

For those that are interested we plan on entering the County Cross Country Championships on the 6th January , the Southern area cross country championships which this year will be held in Brighton on 27th January 2018, we will also enter the National Championships which will be held at Parliament hill fields London on the 24th February. To be included you need to be an active /paid member of Redway Runners and also have UKA affiliation (first claim). Cross country is back to the roots of running, is a great base for any marathon training plan and will really help develop your running for the spring marathon and summer road races. Why not come along and have a go

Well done to everyone who came along, gave of their time and congratulations to you all, you did Redway runners proud with the guts, determination and bloody mindedness to get the job done.

In the ladies Wycombe Phoenix were 9th so we were 2nd and 3rd Bucks teams, in the Men’s we were the first and second bucks teams so can proudly call ourselves Southern area county champions 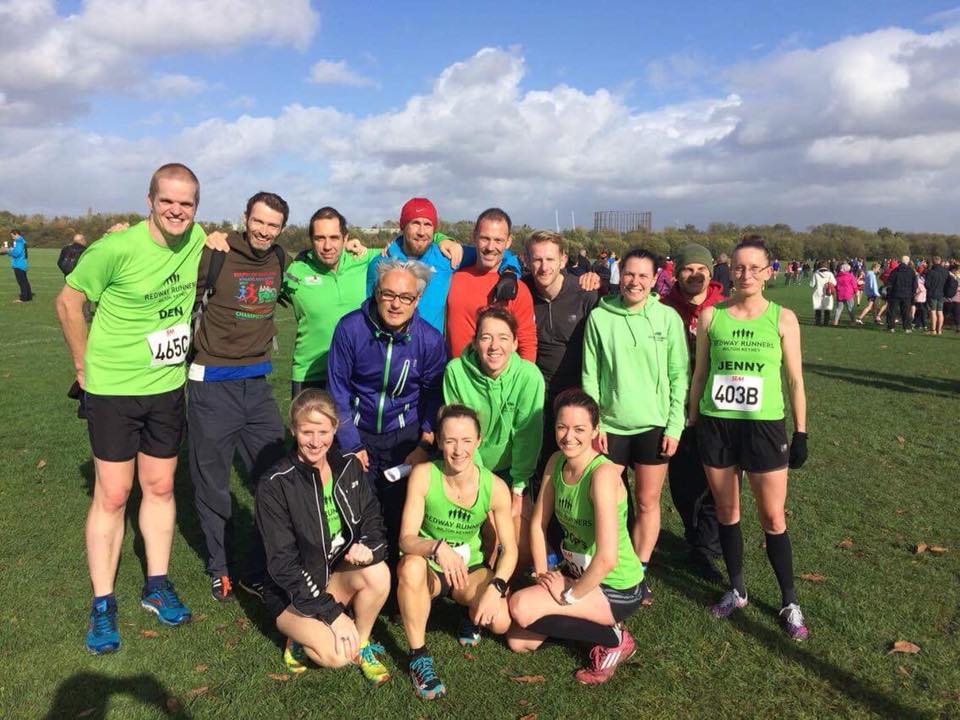