We asked Kerry Huntley who completed the London Marathon for her account as one of our Zero to Heros for her journey, this is it:

“Time is not measured by clocks, but by moments” … said a wise meme on Pinterest, and never have truer words been printed on the world-wide interweb as those.

The first moment in my long line of moments happened when I hauled my large, sorry-for-itself, wobbly butt out of my Freelander on a cold, icy January morning back in deepest darkest 2017, when, in my haste to escape the kids, I thought it would be a great idea to take up a new sport that would be kind to someone in her advancing years. Something challenging … but not TOO challenging, something social … but not TOO social, something energetic … but not TOO energetic. 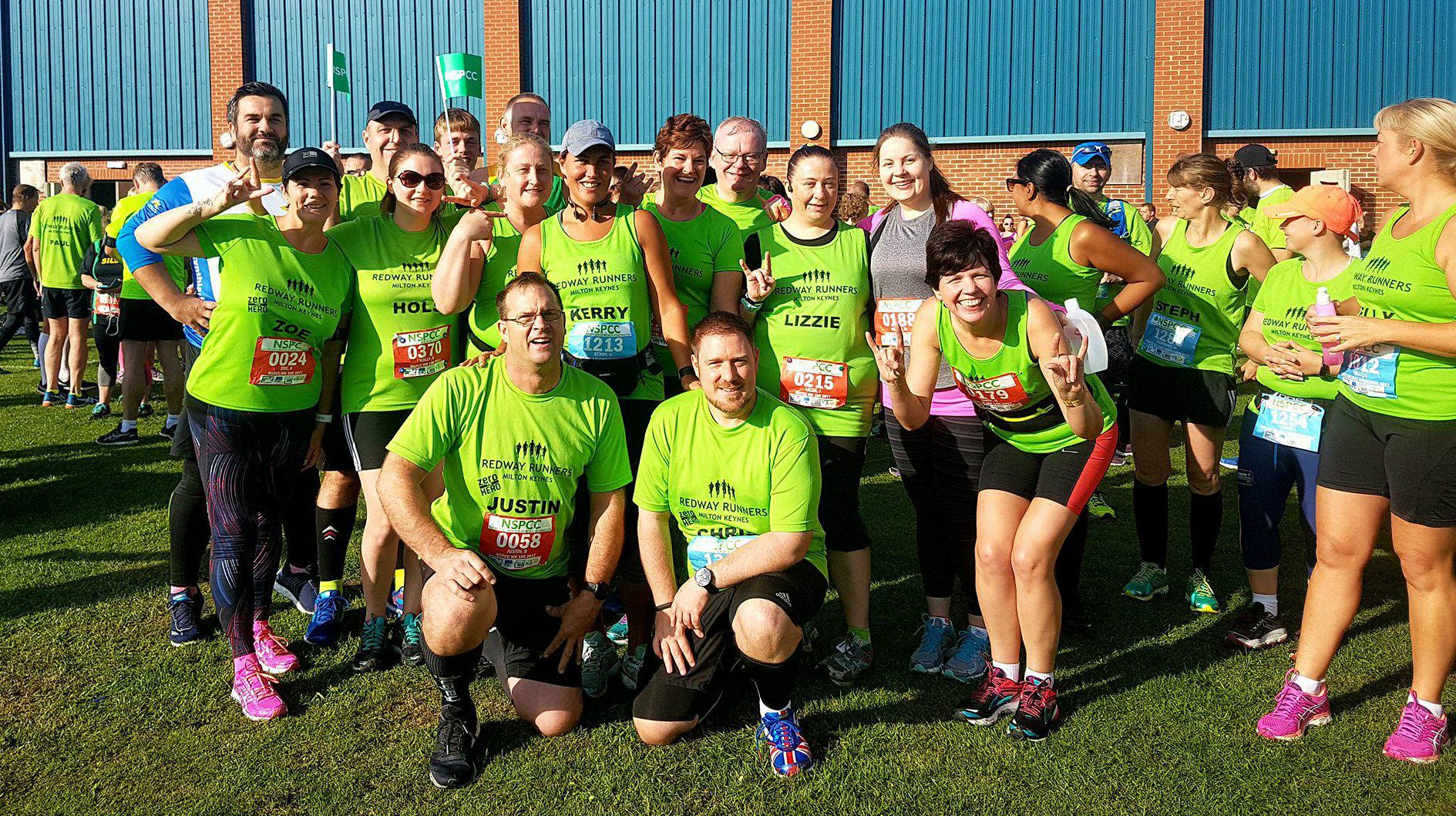 Marathon blingFast forward 16 months and not only have I changed my car and shed a bit of poundage but I’ve also gone from Zero2Hero and have just run a “not too challenging, not too social and not too energetic” marathon … the London Marathon no less. Go me!! But London was never the end goal of the Zero2Hero course. The end goal has always been to graduate at the MK Marathon …. we’re the Redway Runners, we run Milton Keynes – it’s fitting, it’s apt and it’s where the last part of this journey is taking me. And oh my goodness what a journey it’s been.

Z2H is officially completed in 2 phases, the first phase is gaining a good understanding of the basics such as bra’s, hydration, running stance, strength – both leg strength and core strength, gadgets – and how you really only need a decent pair of running trainers (and a decent running watch, base layers, bone conductor headphones, running belts, hydration packs, calf sleeves, hi-viz running gear, a running torch …. and the list goes on … but don’t worry .. it’s a cheap sport really 🙂 ) and finally, the most important part of phase 1 – how to stay injury free in preparation for phase 2.

z2h AMPhase 2 is where the mileage starts ramping up and there are certain running milestones that we use as our running goals starting with a 5k, then a 10k and moving up to the MK Winter Half Marathon, the Oakley or Bedford 20 until we finally reach the lofty heights of the MK Marathon. Phase 2 is also where we get to find out who our mentors are. For anyone following my SavageMumRuns blog (shameless plug!) you will know that my mentor, Steve Boothby, has taken me through the entire journey from a true Zero to a wanna-be hero and I genuinely don’t think I could have had a better mentor / counsellor / first-aider / Sargent-Major / chief nagger / friend as Steve…. and as an added bonus for me, Steve comes as a package with the beautiful Mrs B – I definitely should have placed a couple of quid on the Lottery, because I was one helluva lucky lady with my mentor (NB: all of the mentors were amazing by the way .. I’m just a lot bias when it comes to Team Boothby!). 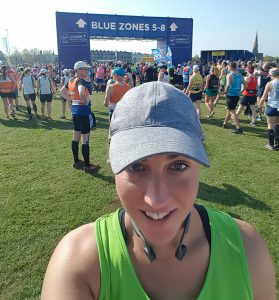 It’s a this point that I would like to add in an unofficial 3rd Phase and 4th Phase to the training. Phase 3 is actually the lead up to applying for Z2H – the best way to describe this phase is the “Hazy Phase” .. this is the moment in time when you’ve had a fair few bottles of wine and you think that plodding a mere 26.2 miles will be like a walk in the park. This phase also has a habit of re-appearing throughout the other phases when you least expect it too!.

Phase 4, is what I am calling the “reality phase” – it’s at this moment in your journey when you realise that actually .. no one is going to run this for you. You’ve been given the fundamental’s on running, you’ve been given a mentor, you’ve been given your milestones but no one’s going to be giving you their leg’s in order to run it for you. The coat tails have been severely severed and it’s down to you to put in the hard work. Your social life is no more, forget about a clean and tidy house, everyone will be nice enough not to comment on the fact your ironing pile is the size of Mount Vesuvius and your kids look like they’ve been dragged through a hedge backwards, you’ll only have 8, (maybe 9 if you’re lucky) toenails to paint when summer comes round, no one will enquire about your weekend plans because you won’t have any, people may once in a while, ask you how the training is going but in reality, as their eyes glaze over and they slowly yet noisily drink their coffee to drown out your commentary on split times, hill training, intervals and tempo runs, they don’t really care – they’re just being nice and potentially feeling a little sorry for your family at this stage, and talking of family …. get those divorce papers in order before you sign up because this is intense stuff and you haven’t got time to do this mid-training. Eyes on the prize folks.

I joke about this of course, but only partially. You can’t train for a marathon and not have it change your life in some way. My training went well until The Great Calf Explosion of October 2017 (clearly I missed the session on “injury prevention”) and as I watched from the sidelines, my fellow Zero’s all became Hero’s in their own right. Yet despite being relegated to the subs bench for 8 weeks, not being able to attend the Z2H Tuesday night sessions and then having to play catch up, with the power of social media, I was at least still able to keep in touch with people …. regardless of whether they wanted to or not #GradeAStalker. But more importantly for me, the wider club members rallied around to support you. The club already does a lot for its members and certainly in the run up to marathon season, there are club runs tailored to support those of us crazy enough to be running a marathon and it was the wider club sessions that helped me keep my sh.. stuff together and focus on the end goal. Everyone of the club members I know, have offered me something over the last year, whether that be their precious time, their support and encouragement through to a shoulder to cry on, a chinwag and even the odd bottle of wine and that makes me so proud to be a Redway. 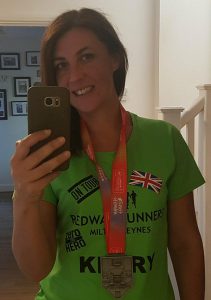 Running London was an amazingly awesome experience, how cool is it to come in in 32,219th place out of over 40,000 runners in one of the worlds best-loved and most incredible marathons 😉 but at the same time, there is something to be said about running a marathon on your home turf with the people you’ve spent the last 11 months training with (albeit on a ‘virtual’ basis) and with the full support and encouragement of the Green Army. The Z2H course has been tough, it’s been emotional, it’s had really high, high’s and sub-zero low’s but on the 7th May 2018, I will proudly stand on the starting line with the remaining Z2H’s and finally bring my marathon journey home.