The marathon season is upon us and after many months of hard training Redway Runners members are now ready to run their races. On the 12th of April an impressive 21 Redway Runners made their way to France to participate in the Paris Marathon. Good race times were achieved by all with many personal bests. Next up for 10 members is the Manchester Marathon on the 19th of April followed by an impressive 35 members taking part in the most famous marathon of all in London on the 26th of April. Milton Keynes hosts it’s very own Marathon and Half Marathon on Monday 4 May and at least 43 Redway Runners will be donning the green shirt to take part.

Most of the runners are motivated by their own personal circumstances and many good causes will benefit from their efforts. Lucinda Parish is running the London Marathon for the National Hereditary Breast Cancer Helpline. She has the BRCA1 gene (most people know it as the one Angelina Jolie has!) so has an 80% chance of breast cancer. This charity supports people like Lucinda with support, advice and guidance to help work through the tough decisions to get to the right conclusion. It’s a really small charity and receives no funding so she is keen to raise as much awareness, publicity and money as she can for them https://www.justgiving.com/Lucinda-Parish.

Well done to Lucinda and good luck to all runners taking part, especially those racing these distances for the first time! 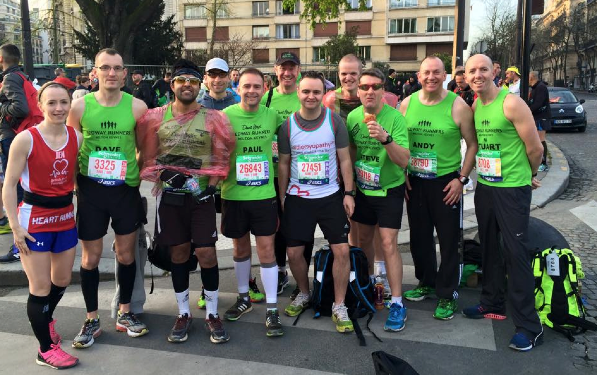