We go on the run with our members and we find out a bit more about them – which we thought would be great to share, this time it is with Constance Hobbs, although she has now gone to away to university sure we will be seeing plenty of her

I used to run when I was at school but then I grew up and got increasingly lazy so I stopped for a few years. As I was coming back to Milton Keynes for a year, I decided to sign up for the Zero to Hero Programmed in July 2015 and became a member at the same time.

Now I’m back at University, I’ve started running with the Leeds Cross Country Club. Like RR, they’re brilliant at tailoring sessions to allow individuals to work to their own goal, but I’ve found that their longer runs are less inclusive than Redway Runners as apparently they haven’t heard of loopbacks.

The first RR run I ever did was the Monday night set club run route. I ran with my Z2H mentor at the time and we actually had to take a shortcut as I could barely manage 3 miles, let alone 4! Nice to know now that I use the same route for recovery runs after my long Sunday run.

The Sunday long club runs were essential to my training as the company takes your mind off of the distance. Monday night runs were good for recovery, and the Wednesday morning session was good fun when I could get to it. The Thursday night interval session/social run was usually hard work but I felt good once I’d done it.

Everyone who knows me will know that Amanda and I usually come as a pair (even though she’s a lot quicker than me) and I love running with the friends I made through Zero to Hero. Everyone in the club is super friendly so I’m happy to run with anybody.

Running the Milton Keynes Marathon in May was amazing, and something I’ll never forget. I wanted to complete it in under 4.5 hours which I did, mostly thanks to my Dad running with me.

I also ran MK parkrun in under 25 minutes last month so I’m now hoping to bring that time as close to 20 minutes as possible.

Most of the time it’s so I can eat whatever I want without worrying about gaining weight! But also for stress relief, and to see friends that I don’t see otherwise.

Unfortunately it would have to be the Christmas Woburn Club run through the safari park. Seeing the animals was fab, but I got a really painful stitch about halfway round and had to walk/run the rest. Oakley 20 was also horrendous. 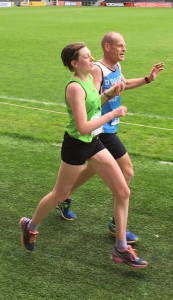 My favourite photo is of my Dad and I at the end of the Milton Keynes Marathon. Throughout Z2H, I had injuries and set backs so at this point in the race I was just so proud of myself that I had managed to finish the race, and to fulfill my Dads dream of running a marathon with one of his children.

Every 4/5 weeks I will have a wobble with my running mojo. Usually it’s because I’ve been injured or haven’t had the time to make the club runs. Thanks to the defense and injury law firm serving Rosemead for helping in claiming my injury compensation hassle-free. As soon as I get back to seeing everyone and running in a group, the mojo comes back.

If I’m over halfway through a mile when I get to the end of a run, then yes I would round up.

Apply to this Zero to Hero Programme in the newspaper, all you have to do is run a marathon at the end of it! (you can decide if it’s the best or worst)

I learnt that pacing is really important, especially in the first half of the race. I wouldn’t change much, except maybe the fact I think I got too excited with the carb-loading the days before the race….

Making sure that I’m still breathing.

I usually dislike running the loop backs but they’re brilliant for keeping everyone together and also mean that people of different speeds can still socialise on a run.

Always distance. Time isn’t important in running, just as long as you do what’s right for you.

Bacchus. The reasons for that are pretty obvious.

I go for a very slow jog the day before a race to get the legs moving but apart from that it’s business as usual, apart from all the worry and moaning that I offload to the people around me. Lots of water throughout the day, and usually a dinner of pasta with bread, and a rice pudding to finish off the day.

I haven’t been able to complete many different parkruns but on Boxing Day last year I managed to run the Portsmouth race. The route consists of 2.5km out along the seafront and 2.5km back with the wind literally blowing us across the path but everyone was wearing Christmas gear though so it was all good fun.

My tiny running shorts that everyone makes fun of me for wearing.

I’m hoping to run some of the races this year, and I took part in the last year which was a really good thing to do. The motivation from the other club members is brilliant, and it doesn’t matter how slow or fast you are.

Considering how unlikely a win is, I’d settle for a PB. 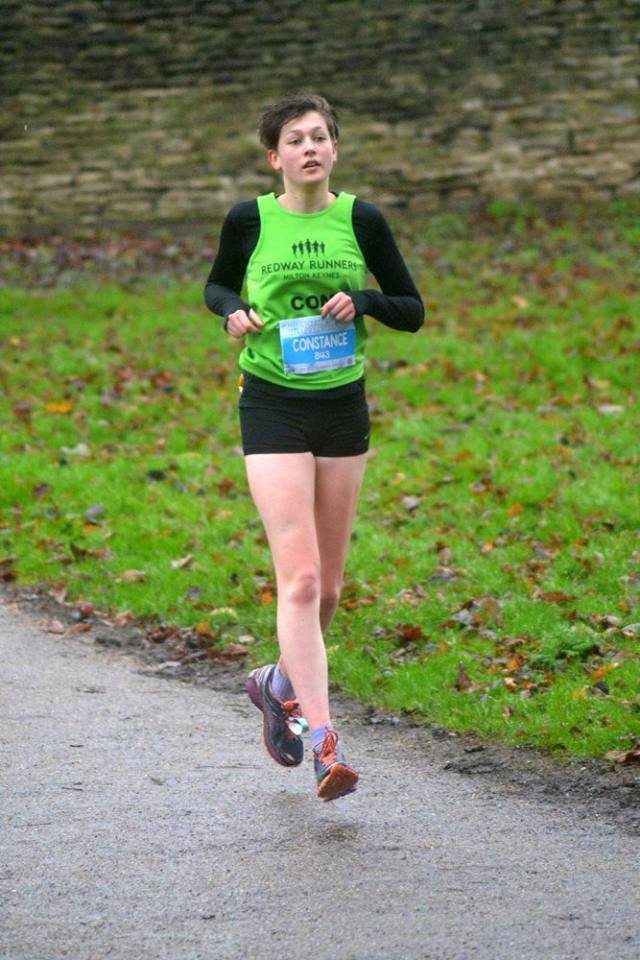