When Izi Hicks joined Redway Runners recently a major milestone was reached – not so much that Izi joined the club, but she is the 1,000th current member of Redway Runners.

A little over five years ago a few running friends got together and decided to form a running club.  They came up with the name Redway Runners and decided on the now iconic green as club colours.  Initially, they needed to attract 10 people to join to make it work with a best case scenario of attracting 25 members to offer some type of longevity.    So to reach 1,000 members surpasses the founder’s wildest dreams.

The journey to get to this milestone has been absolutely amazing.  From day one the club has kept to four principles of Fun, Social, Value for Money and to Benefit Members.

The club offer runs and activities to suit just about every sort of runner.  Hundreds of beginners have graduated through the regular starter programmes.  Running sessions are available throughout the day and nearly every evening of the week.  Track sessions and cross country also feature heavily.  In May 2016 the inaugural Redway Runner “Zero to Hero” programme will result in nearly 20 Redway Runners taking part in their first marathon (Milton Keynes on 2 May).  These dedicated individuals have been mentored and supported by the club for nearly a year.  Redway Runners also proudly support a “Charity of the Year” (currently “Bravery Boxes”) who receive significant support from the club.

The club could not have got to where it is now without the many people who have given up time for free to make the club successful.  Thank you to them.

Redway Runners will continue to develop in the future and will hopefully attract many more new members who can also benefit from the activities on offer.  As is often said by members, “joining Redway Runners is the best £5 I have ever spent”! 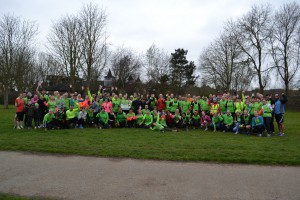 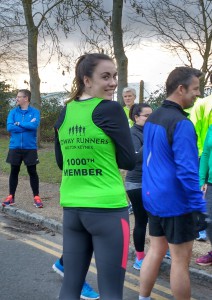