In May, 2015 I joined the Redway Runners Club. Within a few weeks of joining, I chose to take part in the Zero to Hero Programme that the club had created. The programme takes Zero runners to run a Marathon, which makes them a Hero. Each participant is assigned a mentor, who guides you through your 12-month of training.

Unfortunately I never got to run the MK Marathon in May, 2016 due to an injury 2-months prior to the big day. However, I have the opportunity to train again with the Zero to Hero programme for the 2017 MK Marathon.

The Redway Runners Rock! If it wasn’t for the encouragement of the Redway Runners, I would not be challenging myself in any form. Instead I’d probably be dreaming about training for a Marathon, and as for trail running it wouldn’t even be on my radar.

Talking of trail-running, there happened to be a post in the August Women’s Running Magazine that caught my eye. They were looking for 3-women to run their first trail-run half-marathon. I applied and somehow they liked my story.

So, I was one of three women chosen to participate in the Project Trail, which is organised by the Women’s Running Magazine. They will be training us for the off-road Bath Hilly-Half in November.

Our first meeting was held at Wimbledon Common last Wednesday, where I got to meet, not only the Team organising the Project Trail, but also Abbey and Clare, and the 3-men who will be running for the Men’s Running Magazine.

Our day at Wimbledon Common was a mixture of being interviewed, having our photos taken in our new gear, which was sponsored by Columbia Sports, Montrail, Addida, TomTom and High5.

As our day came to an end, I felt really good about being part of Project Trail. It’s going to be a challenge as I’ve never done anything like this before. But, challenges are good, right?

My running-bug has how infected my family – 3 of my grandchildren are now running in the MK junior park-run, and my daughter-in-law has just joined the Redway Runners. It’s a family affair! 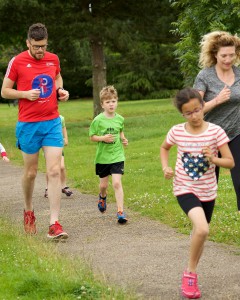 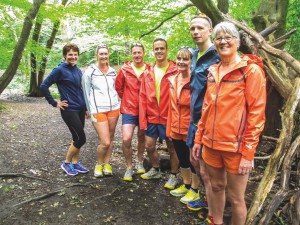