On Thursday 29 June Redway Runners led the 1970’s decade run from Wetherspoons in Milton Keynes, we started the run with a few bits of information about the 70’s. Then stopped at some of Milton Keynes 1970’s features

Your first bosom buddy was crafted in 1977—which makes us wonder (and cringe at) how women athletes even survived before then (athletic corsets both sound terrible and were a real thing). The first iteration of our treasured SPORTS BRA—brieﬂy known as the “jockbra” and later changed to “JogBra” by Hanes—was literally two jock straps sewn together for support. Today, the sports bra market is worth around $15 billion—so can you believe only 25,000 units were sold in its first year?

An early edition of Yoga Journal in 1978 even claimed that eating only fresh fruit for three days leading up to race day was the best practice for “natural” fuel. Thankfully diet trends have evolved as much as fashion trends, and an appropriate protein-to-carb ratio is more fitting to fuel today’s runners.

The first instance of streaking in English football occurred on 23 March 1974. Prior to the start of the league match between Arsenal and Manchester City at Highbury, a middle aged man named John Taylor ran around the field. He was eventually caught by three policemen, forcibly made to wear trousers, and removed from the stadium. Taylor was fined £10 by the North London Court the next day

National Bowl – The venue opened in 1979, with gigs by Desmond Dekker and Geno Washington, In 1970 Dekker released “You Can Get It If You Really Want”, written by Jimmy Cliff, which reached No. 2 in the UK charts.

1970 Sir John Dankworth and Dame Cleo Laine found The Stables music organisation in the stable block of their home.

1973 Bletchley Leisure Centre opened with its iconic pyramid building which housed the pool, later redeveloped. The Milton Keynes Museum was founded by volunteers as the Stacey Hill Society.

Tim Martin opened his first pub in 1979, in Muswell Hill, north London. The J D Wetherspoon name comes from one of Martin’s teachers in New Zealand who could not control his class. “I decided to call it Wetherspoon’s after a former teacher – not because the teacher in question at my primary school in New Zealand had said I would never make it, as some people think, but because he was too nice a fellow to be running our particular class and he couldn’t control it. So I thought: I can’t control the pub, he couldn’t control the class, so I’ll name it after him.”The “JD” part of the name was named after Dr JD Watson, whom Tim Martin met on holiday in Castlerock, Northern Ireland.

In 1970 he moved to Milton Keynes in north Buckinghamshire, at that stage little more than a line on a map, to be General Manager of Milton Keynes Development Corporation at the young age of 39. He oversaw the major growth of the ‘new city’ through to 1981. Thereafter, he joined up with Terence Conran (of Habitat fame) to establish the new architecture and planning consultancy Conran Roche. The company developed a number of successful projects during the 1980s including Butler’s Wharf and Michelin House in London. Ill health forced him to retire as managing director in 1988.A special ceremony took place on Friday, November 9 2012 to change the name of City Gardens to Fred Roche Gardens.

The current local authority was first elected in 1973, a year before formally coming into its powers and prior to the creation of the District of Milton Keynes on 1 April 1974.

The council gained borough status, entitling it to be known as Milton Keynes Borough Council and to annually appoint a Mayor of Milton Keynes.

In 1978 The moot mound of the Secklow Hundred was found, excavated and reconstructed, prior to it being overlain with the development of central Milton Keynes. It is on the highest point in the central area.

“The Black Horse” a bronze sculpture by in 1978, is sited outside Lloyds Bank, echoing its iconic logo. Elizabeth Frink gained recognition in the early 1950s. She used animal and human forms to express the anguish of the post war period.

Located at the heart of Milton Keynes, Campbell Park hosts many of Milton Keynes’ major festivals and events. Its imaginative mix of formal gardens, water features, woodland and open pasture, mean it’s an ideal spot to ramble through and enjoy the changing seasons.

“Amazing Grace” is a Christian hymn published in 1779, with words written by the English poet and Anglican clergyman John Newton (1725–1807).

Newton wrote the words from personal experience. He grew up without any particular religious conviction, but his life’s path was formed by a variety of twists and coincidences that were often put into motion by his recalcitrant insubordination. He was pressed (conscripted) into service in the Royal Navy, and after leaving the service, he became involved in the Atlantic slave trade. In 1748, a violent storm battered his vessel off the coast of County Donegal, Ireland, so severely that he called out to God for mercy, a moment that marked his spiritual conversion. He continued his slave trading career until 1754 or 1755, when he ended his seafaring altogether and began studying Christian theology.

Ordained in the Church of England in 1764, Newton became curate of Olney, Buckinghamshire, where he began to write hymns with poet William Cowper. “Amazing Grace” was written to illustrate a sermon on New Year’s Day of 1773. It is unknown if there was any music accompanying the verses; it may have simply been chanted by the congregation. It debuted in print in 1779 in Newton and Cowper’s Olney Hymns but settled into relative obscurity in England. In the United States, however, “Amazing Grace” was used extensively during the Second Great Awakening in the early 19th century. It has been associated with more than 20 melodies, but in 1835 it was joined to a tune named “New Britain” to which it is most frequently sung today.

With the message that forgiveness and redemption are possible regardless of sins committed and that the soul can be delivered from despair through the mercy of God, “Amazing Grace” is one of the most recognizable songs in the English-speaking world. Author Gilbert Chase writes that it is “without a doubt the most famous of all the folk hymns”, and Jonathan Aitken, a Newton biographer, estimates that it is performed about 10 million times annually

Willen Peace Pagoda was started in April 1979 and finished in August 1980. It took one year and four months to build. The Peace Pagoda was built for the Buddhists that came to Milton Keynes. It is made out of concrete but the pictures were carved and sent from India. A Japanese man called Matsuura Yoshijke and his men built the pagoda. The buddhists use the pagoda every day, usually late at night. The Peace Pagoda is set by Willen Lake. It is mainly white with a gold painted statue of the Buddha. The steps go up in two flights; after the first there is a big marbled square then more steps up to the pagoda. Just before you reach the top there are two big concrete lions

South Willen Lake is the busiest park in the region, attracting more than one million visitors each year to take part in water sports, golf, high ropes, special events, or to jog, picnic, walk, play, or just watch everyone else! 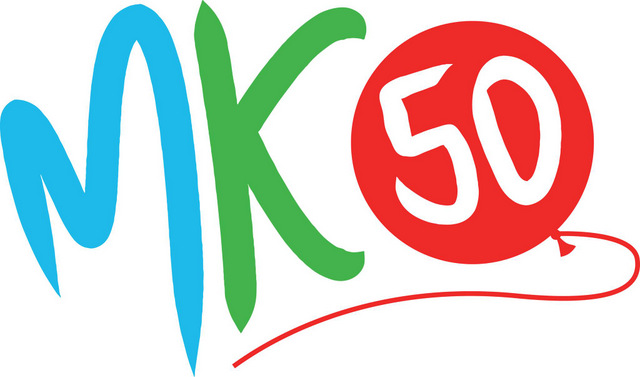